The Quest for the Immaculate Complexion 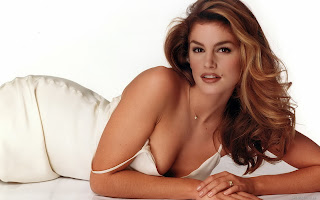 ‘A picture paints a thousand words.’ Do you remember that old dog? It sort of went along with the ‘pictures don’t lie’ thing; the definitive proof about how awesome, or god awful, that dress looked on you, and whether or not your butt looked big in it. There was a time when, if all else failed, the picture was the proof needed.

Once again, in our quest for all things perfect, in a society where almost is never good enough anymore, where human frailty and humanity take a back seat on the bullet train to our own manufactured hell, honesty bears the scars of collateral damage. I blame Nixon for this... well, in my little world where it’s nice to have a face to throw darts at, I blame Nixon for it. I know he wasn’t the first manipulator but he certainly made the activity a household notion. There is a blemish on a piece of audio tape? Just get rid of it. There’s a zit on Britney’s face? Get rid of that, too. I mean, what’s the little airbrushing of wrinkles in the grand scheme of things? It’s a simple activity... although in its very essence, it’s a lie. What’s wrong with there being a wrinkle on a model? Why can’t bad-girl Britney have a zit on her chin? She’s human. We all get them. 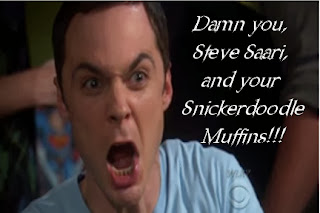 As I watch my Facebook ticker scroll by, I see the photoshop creations. Yes, I am guilty of them, too, although at least I know that no one would believe my face on Katherine Zeta-Jones’ body, so there is no point in taking the time to do it. Lol cats and Sheldon Cooper’s Big Bang memes aside, why are we so obsessed with, well, perpetrating continual lies about who, or what, we are? Do we really see each other as such colossal idiots that we can believe in all these perfect bodies and immaculate complexions? More importantly, as a woman of advancing years, who am I supposed to believe? The make-up company that tells me their products will erase the years from my face, or the magazine photos that show me it can be done with a click of a button – as long as I intend to never show my ‘real’ face in public? 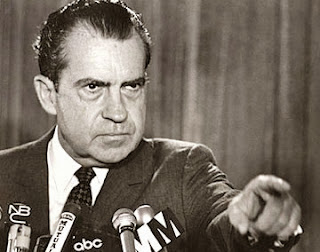 Richard Nixon’s wrinkle in time was proof positive that we can no longer believe what we hear with our own ears. I wonder what he would have done before his big ‘I am not a crook!’ speech if he had known he could also erase the lines from his face and the bags from under his eyes. Would we have believed him more? Would photos be the next tool in his arsenal of convenient manipulations?

No, I don’t have a lot of photos of me around the house, because I don’t like what they show me. I would rather know they are honest, than to have a hundred of them stuck to my fridge, showing me what I want to see instead of what I am. Perhaps that means I’m lazy, or perhaps it means that I don’t have the secret service to do that dirty work for me (although, damn, looking at some of those buff black-spectacled bods, it might be nice to see what they could do with me). I would like to think it just means I am one of the few remaining wholesome folks who knows, and accepts, that we grow older, that it shouldn’t be something we’re embarrassed about, and that, at the very least, when I die people will be able to say that my body was a bastion of brutal honesty. The truth isn’t always pretty, but it certainly doesn’t deserve to be sacrificed on the unattainable, unrealistic altar of perfection.
Posted by The Great Hair Migration at 3:53 PM