Age -- Not Really In The Eye Of The Beholder 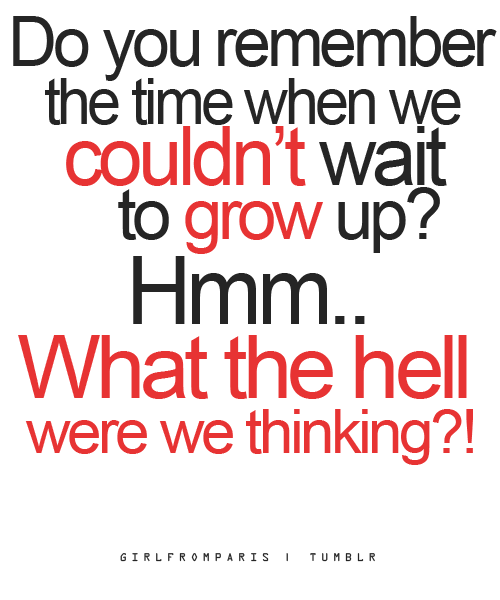 Remember when you couldn’t wait to be 18? It was a magic age, the age when you finally really controlled your destiny. 18 seemed a lifetime away when you were 16. The weeks were long, the seasons longer, but you stayed focused on that magic number. It would be your Independence Day.

Ironically, if you asked your mother, your real Independence Day was the day you took your first step, when you were no longer reliant on her for everything. If you asked your dad about it, he would probably grunt, roll his eyes, and mumble something about it being the day you die. In his eyes, while you might feel independent, he will still be determined to be your protector, your defacto head of state, regardless of how strictly ceremonial you think that role might be. 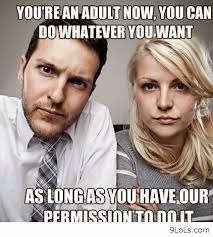 For some of us, 21 was the Holy Grail, the year we were able to drink (legally). It might be interesting to know exactly how many waited until that twenty-first year to taste their first drop of liquor... but I digress. For others, 25 was the key, because, as they grew older and became more responsible, they realized that at this age, their insurance rates dropped back to something finally within the stratosphere. Sorry, but after that, it all seems to go downhill. There is no longer any desire to age faster.

Buried deep within this realization must be some profound lesson, some quaint, witty cliché that will bring a smile to all our faces. There might be, but I have no idea what they might be. Time moves forward; we were blessed with photographs and memories and faint smells that can take us back to that time, but we can’t relive it, and perhaps that’s a good thing. 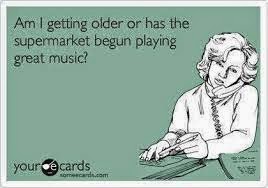 I thought back to when I was 16. I was at Samuel Crowther High School in Strathmore, Alberta – what we affectionately called Sam Crow Pen. I don’t believe the school is there anymore, or perhaps it has been reborn under another banner, but that really doesn’t matter. I am not sure I could bring myself to walk through those doors again. High school was tough. We spent those years discovering ourselves, testing our limits (and perhaps our parents’ limits even more), picking away at the matrix in that quest to discover what gem was hidden inside. We rebelled, we argued, we commenced that life-long battle between principle and popularity, praying that maybe there was a balance between the two. Every day was a balancing act. Every day there were tests, some written, some just lived, not all of them passed. 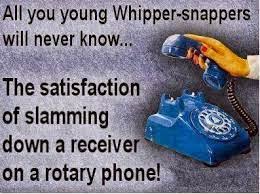 In my old age, I cannot imagine what it is like now. I never had to worry about having the most modern communications devices on the planet. We had telephone party lines – the no-frills precursor to conference calling, and to be honest, there were a lot of times, that was just a pain in the butt, because there was really no privacy. How would we manage now, though, with everyone having a camera on their phones, their phones in their pockets? Privacy? I can’t imagine how that happens anymore. We didn’t have the clothes issues, the shoes issues, the hair issues... there were fewer templates for us to want to emulate. Careers were for life, not something we had to pay hundreds of thousands of dollars for, only to have to ‘retrain’ ten years later. Yes, we had drugs in our schools, but it’s nothing compared to what they deal with now. There were more two-parent homes in our day (although probably just as many dysfunctional ones, if we were all being honest, so perhaps that isn't a better thing, but it was a different thing). We had more nutritious meals, less ‘clutter’ from televisions, no computers to consume our time, and not once did we have to worry about some crazed gunman coming into the building, determined to cut down as many lives as possible in the short time he had. 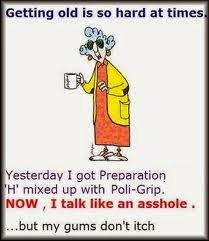 We can’t go back, but we have the absolute beauty of being able to cherry-pick what we want to remember. We can remember the faces, the laughs, the loves, the triumphs, and hopefully the lessons. All of it was right for us at the time we were doing it. We would be disasters if we had to go back to 16 now. We have made those rites of passage that come after high school – the marriages, births, divorces... the success stories and those that break our hearts. From high school, we remember the first of ‘our year’ to leave us – still miss you, Moose, and think of you often – and the most special to each of us who is no longer here – Godspeed, Tracey; you’re singing with the angels now. From our lives, we welcome more babies -- nieces, nephews, grandkids -- and we say goodbye to parents and partners. 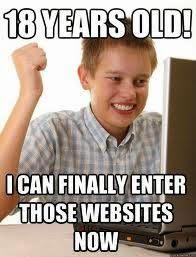 We always need things to look forward to. When we were 12, it was 14, when we would get our learners licence. When we were 14, it was 16, when we could get our real licence and start to wear make-up. When we were 16, it was 18, when we would be legal and free. Now, it’s Tuesday, because that’s when there is a senior’s discount at Safeway, or it’s in three months when we will be leaving on holidays, or the summer because we will be welcoming a new member into the family fold. Our age doesn’t matter in the need for hope for the future -- our own and globally. We know that with the drivers licence, comes more responsibility and the need for gas money. We know Independence Day comes with a dramatically new set of priorities and demands.

Do I want to be 16 again? No, not really. I know what comes after that, the good and the bad, the wondrous and the heartbreaking. I don’t think I am brave enough or strong enough to be 14 again. I would rather reminisce, perhaps wax poetic about it, and look forward to what tomorrow holds for me. We should all be excited for tomorrow to come, because, like cheese and wine, we are more flavorful and valuable (and get better looking) every day.
Posted by The Great Hair Migration at 11:22 AM